According to various satellite images, there is an increased night sky glow in most developing areas. The light mainly arises from bright signage, new buildings, and LED-lit roads – which sends both direct and indirect (reflected) light to the sky. The situation It’s so bad that in New York, there are plans to force owners of non-residential buildings to declare (through signage) how much they have reduced their energy loads.

Over the years, photovoltaic (PV) solar panels have become cheaper and more efficient to a point where the output per square foot is as high as 15 watts of AC or DC power. 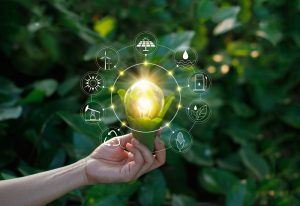 Using PV solar panels, you can save on installation costs by arranging the panels in series to attain 48 Volts, which in turn enables you to directly connect them to DC lighting loads using NEC Class 2 circuits. Further, you can reduce your load by up to 80 percent if you use screw-in LED lights in place of the traditional screw-in incandescents.

In non-residential buildings, replacing the obsolete T12 – which are powered by inefficient magnetic ballasts, with Tubular LEDs (TLEDs), can cut your energy load by up to 50 percent. You can achieve this by using either of the following methods:

Lighting for The Elderly

Studies by the NeuRA Foundation (Neuroscience Research Australia) and Shell PointRetirement Community show that accidental falls are one of the leading causes of death among senior citizens (65 and older). Ostensibly, one-third of all the elderly die from falls. The reason for this is shrinking vision, occasioned by old age.

Accordingly, NeuRA Foundation, in their “Falls Prevention For Seniors” advisory (part of their What We Know report) opine that lights for seniors shouldn’t be too dim or too direct. They further advise to ensure light switches that are conspicuous and easily accessible. Additionally, they recommend installing LED bulbs, which are known to be easily dimmable, in elderly people’s spaces – from residencies to hospitals and nursing homes.

It is worth noting that elderly people don’t really need total darkness in order to fall asleep. In fact, it is during darkness that seniors are known to crash their cars into trees and walls and homes as their eyes tend to play tricks on them at night. Extremely low light levels rank second, after direct glare, as the leading cause of accidents and deaths among seniors at night.