If you are a lighting designer, being involved in a project team has both positive and negative propositions. On the positive side, you will have a say when key architectural decisions are being made. The negative side is that this “power” carries a higher level of responsibility, such as having to explain all the stuff requested by the architect to the client.

While many people love the idea of backlighting, coves and slots, only a few appreciate the fact that there are lots of work that goes into creating these concepts. According to Mr. Denison Schweppe, founder and MD of Schweppe Lighting Design, Concord, MA, the biggest problem for most of us is that we don’t pay enough attention to the physical details of our lighting projects. 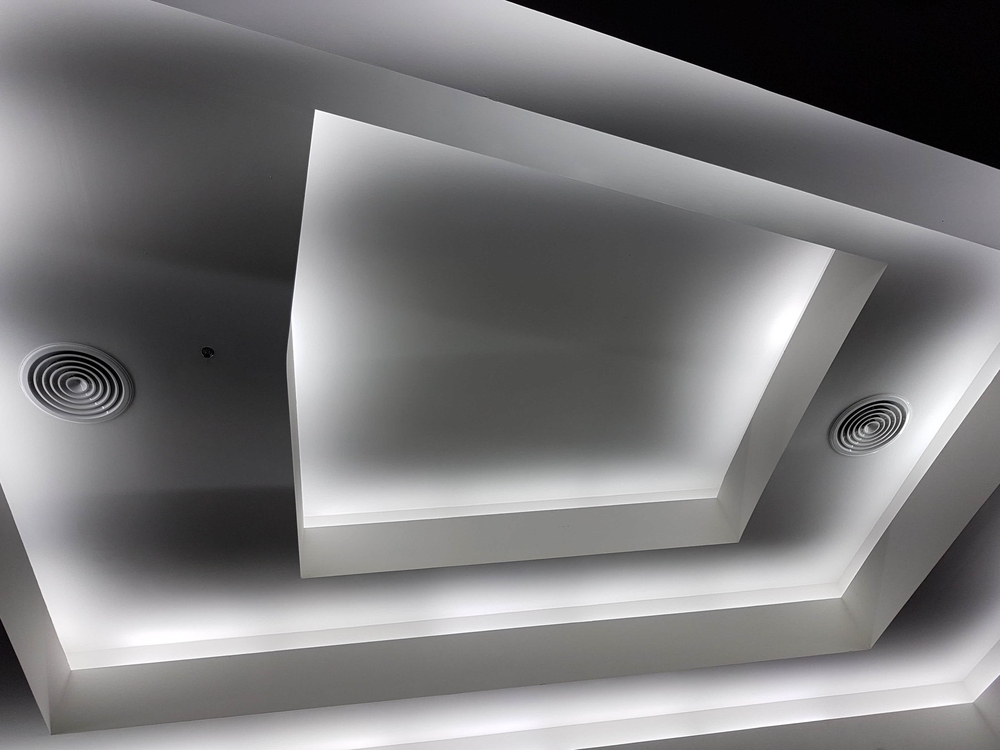 The most problematic areas, Schweppe says, are usually the limited physical space allocated for fixtures and finding a way to balance the light needed and materials available. If the perfect balance is not achieved, you may end up with an uneven wash and lots of hot spots on the walls, which would not only be an aesthetic loss, but a financial one as well. Schweppe cites one particular project where he was only given 7 inches between a wall and glass to fit backlights. Suffice to say, it was next to impossible to achieve an even wash with such limitations and he had to use some ultra-expensive fixtures to avoid the hot spots.

A different client required Schweppe’s team to wash polished black granite walls in an office lobby, which was not logically possible. After half an hour of trying to convince the client that their plan won’t work, Schweppe walked out and picked a piece of the granite that was to be used and held it under a flashlight to show the client that “black is black; it absorbs light.”

Another flourish that trouble lots of lighting designers are coves. This is mainly because one has to create enough room at the top of the cove for the light to get to the ceiling. And as Schweppe says, most coves have bright strips on their sides, which typically reflect light off the ceiling and on to the walls and floor. Worse still, the middle spaces remain dark, which effectively makes a majority of coves inefficient, since they can’t illuminate the entire space.

Just like backlighting, coves may create hot spots that emphasize every bump and cranny if they’re placed in fixtures that are too close to the given surfaces. Hence, it’s essential to have your light fittings, and wall plasters done by experts to avoid such a situation.

While correcting the above-mentioned errors after design and installation is not as expensive or complicated as you might think, there is a need to craft proactive solutions as opposed to being reactive all the time. Being conscious of the limitations and opportunities each design presents and putting this knowledge into consideration when creating designs is what will give you true success, Schweppe says.

And having been a lighting designer for several decades, in which he’s worked with numerous corporate offices, universities and hotels, Schweppe is aware of some clever ways of maximizing available physical space. One example involves a job he did at the John F. Kennedy Library and Museum, where he was required to find a lighting solution for an imitation of the Oval Office. In particular, he was to make the ‘window’ behind the main desk to seem like it was transmitting natural light. While the window could perfectly slide open, it was to stay mostly closed while still having to channel light to the adjacent room, which was a scale model of the studio that hosted the Kennedy-Nixon debates.

To achieve this, Schweppe installed distinct theatrical features on the closed window to create the illusion of daylight coming into the office. He, however, dimmed these features in the open window to prevent the projection of excess light into the adjacent studio.

Lighting A Domed Ceiling With Coves

A different client asked Schweppe to come up with a cove lighting plan for a domed ceiling. Normally, most lighting experts would have directly uplighted the domed part of the ceiling using luminaries. However, Schweppe chose to install luminaries, such that each luminary would illuminate the side opposite its placement.

In summary, all the installations that Schweppe has successfully completed teach us one thing – you have to take stock of the restrictions and conditions you’re working with and design solutions based on what you think can work within that context.